This year’s Cup of Excellence of Peru took place in Lima on 9-12 / 10. During the presence and stay of Yiannis Taloumis, as one of the 28 members of the Peruvian Cup of Excellence 2018 International Jury, he had the pleasure of discussing with Geni Fundes Buleje, General Manager of Central Café y Cacao.

Central Cafe y Cacao is an association of 13 Cooperativas, meaning of about 10000 producers, all located in the center and south of Peru, and is one of the biggest but many associations, as Peru does not have a general association for coffee. In total, there are about 116 cooperativas divided in different associations and also, independent producers exist. Central Café y Cacao focuses on the training of all professions related to coffee, thus they offer trainings for producers, roasters and baristas. Also they have been training Q graders since the beginning of the program. They assist and manage various farm projects but also offer managing courses.

Having already discovered the potential of the country’s coffees, it was very helpful to also get an insight of the producers’ side and he was indeed given some very interesting information.

As Mr. Fundes mentioned, Peru historically has been a fair trade/organic certified coffee producing country – as a matter of fact in 2015 it was the leading country in organic coffee exporting. The first specialty coffee productions appeared 4-5 years ago, while Central Café y Cacao had already contacted CQI in 2008 to start the process of bringing the Cup of Excellence in Peru.

The production areas of the Cafe in Peru are five, Amazonas, Cajamarca, San Martin, Junin, Cusco.

Last year only 1% of Peru’s exported coffee was specialty, while another 20% was organic and fair trade. However, since the 2017 Cup of Excellence which was the first one in Peru, producers were offered a motivation to move towards specialty coffee, a motivation that brought a significant number of producers a little closer to the specialty coffee side. As producers stated during the jury-producers meeting right before the awarding ceremony, the (θεσμός) of Cup Of excellence has a very positive impact on them, as it allows them to explore new markets and pushes them to improve and evolve their work, as competition is intense. Participants that took place for a second year in a row mentioned that the first Cup of Excellence helped them improve as they got a feedback on what they needed to work on more.

When he asked Geni if it is hard to change the mentality of the producers, he said of course it is, as it is have always been, but at some point the producers themselves see the change as their way to go. So as they started certifying their coffee of being organic and fair trade to add value to it, they start also taking into consideration quality rather than just quantity. The market limits for organic/fair trade and conventional coffee are closing around them due to competition, so they feel that turning towards quality they will enter new markets. So many of them try to have coffees that, besides their certification, also achieve a score of 84+.

In Peru, concludes Geni, it is hard for the coffee sector to be developed and evolved, as there isn’t one central force to lead things, and the different parts involved have, most of the times, different interests. Often the coffee sector lacks necessary resources for researches and investments. But efforts are being made from all sides. For example, projects for the development of facilities run throughout the country, from Ecotierra building a mill for cooperativas in Jaen, to the Belgian association building mills for Selva Central, all with the help of Central Café y Cacao and other associations. Other initiatives run also in Cusco and Puno.

He asked Geni whether it is easy to find consistent, traceable microlots. According to him producers usually tend to keep their coffee in their farm to complete all stages of processing by themselves, because of the distance to facilities, or because they don’t want to leave their coffee in mills in fear of it being mixed with other coffees (mills have 50-70 people leaving coffee to them everyday). Some producers do it because they want to be autonomous and achieve better prices, because if they give it to the mills they get lower prices. As most of the producers do not have the proper facilities in their farms, this leads to inconsistent and poorly processed coffee. However, Geni tells me that the Cooperativas are working on resolving this, working with each producer individually and helping them to improve all stages of production. They also have teams transfer the microlots to the meals where quality control and coding gets place. The Cooperativas know where the good coffee is and they follow it every step. And the Cup Of Excellence is a way for Cooperativas to discover more producers with potential.

Lastly they talked a little bit about new variety cultivation attempts, and whether producers are trying anything innovative. He mentioned attempts of cultivating the F1 and one more hybrid variety here, but he also told me that the producers are more and more interested in growing Gesha, bringing seeds from Central America. He was very surprised to hear that, actually, Gesha came to Peru from Africa 60 years ago, at the same time it went in Costa Rica. Trees were planted in Selva Central but no one cultivated them, except for some. Last year’s 4th place in COE was from these trees. But producers tend to bring seeds from Central America because they want to achieve the same price. 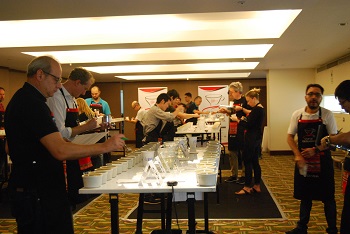 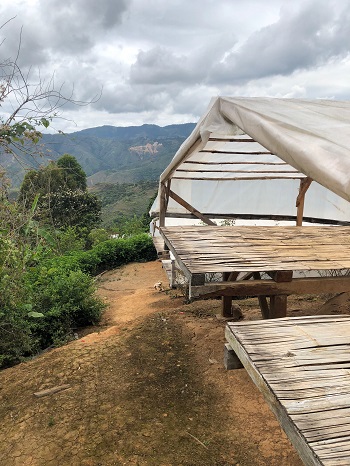 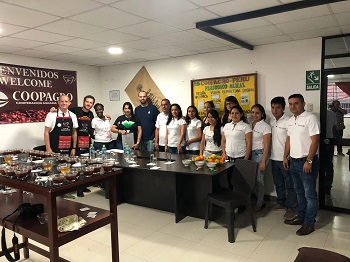 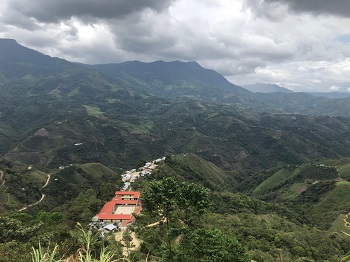 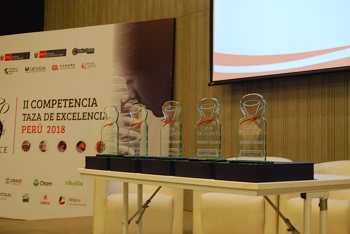