The history of this rich in aroma, taste and symbolisms coffee, known as “Turkish” coffee or else “Greek” coffee, starts from Yemen. It is said that Yemen is the first country where this coffee was consumed as a beverage. Soon, this coffee expanded in regions around Yemen and reached the so called then Ottoman Empire. There, a ritual was born, a whole “ceremony” about this coffee serving. This ritual is still alive in our days and seduces everybody who wants to know more about it. The name of this ritual is Ibrik and it is the first method created for brewing coffee, we could say that it is the “ancestor” of all the other brewing methods. The Ibrik method is closely related to Eastern cultures as well as our culture, the Greek culture and is attached to a set of emotions, habits and occasions. 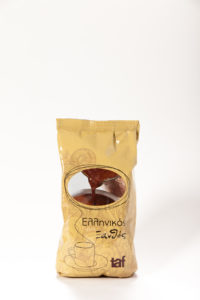 Excellent Arabica beans from Brazil and Robusta beans from India. These beans are roasted with respect to the Greek traditional roasting procedures (light roasting).Alluring aroma, coming as a memory from our childhood. Enjoy the traditional Ibrik coffee, more aromatic and intense, full body. Ibrik coffee has remained a living tradition, honoring its history.

The coffee Taf Gourmet Ibrik is the evolution of traditional Greek coffee. It is a blend of high quality Arabica coffees. Its taste profile is totally different compared to traditional Greek Coffee. Traditional “Turkish” or “Greek” coffee is a blend of Arabica and Robusta coffee from Brazil and India, usually lower quality coffees. These coffees create a specific taste known to everyone prefers this particular coffee. Taf, with respect to the Greek coffee culture and Greek consumers’ taste preferences, created this blend so asyo highlight the oldest brewing method combined with high quality coffees. 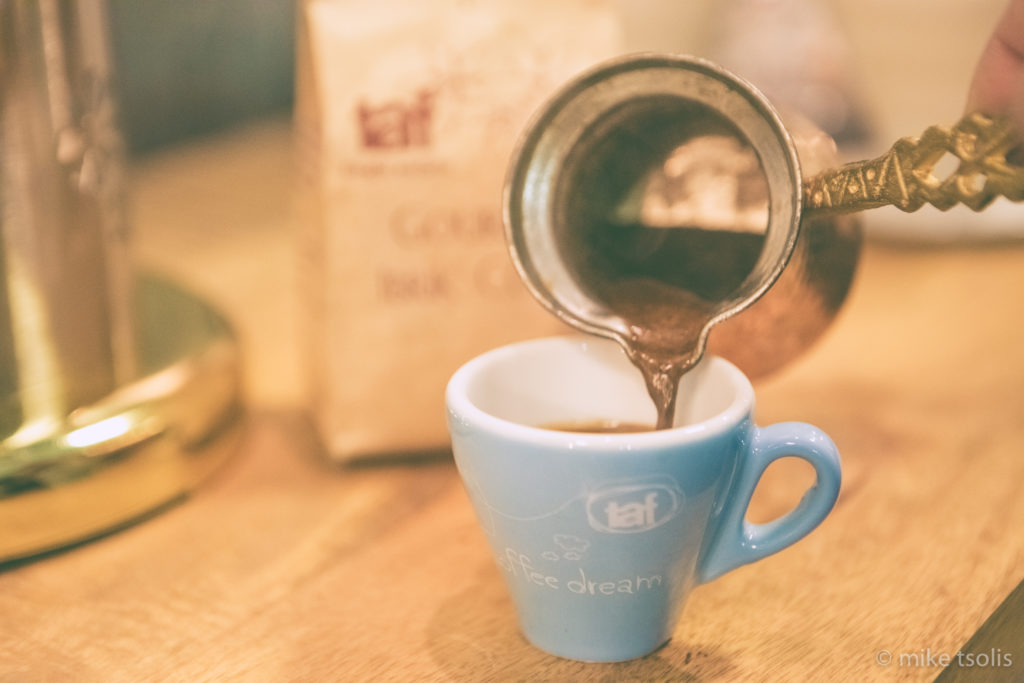