The 24 coffees that managed to score 86+ were re-tested by the 23 judges of the International Jury of the Cup of Excellence, aiming to be the best 10 coffees.

The winner of this year’s Cup of Excellence was Dwigth Aguilar Masias from the Nueva Alianza farm, located in Cuzco, near Machu Picchu. His coffee, variety Gesha, managed to score 91.08 points! Dwigth Aguilar Masias returned to his farm after many years and with much knowledge and passion to improve it. He took on a painful work of eight years of effort and dedication, the result of which is reflected in the quality of coffee. Yiannis Taloumis, had picked out this coffee from the early stages of the evaluation and we are really proud to have won the lot after the auction.

You can find this coffee here: http://www.cafetaf.gr/en/products/coffee/taloumisfamilylimitedreserve-exoticvarieties/nuevaalianzacoeperu20185204129022089.html 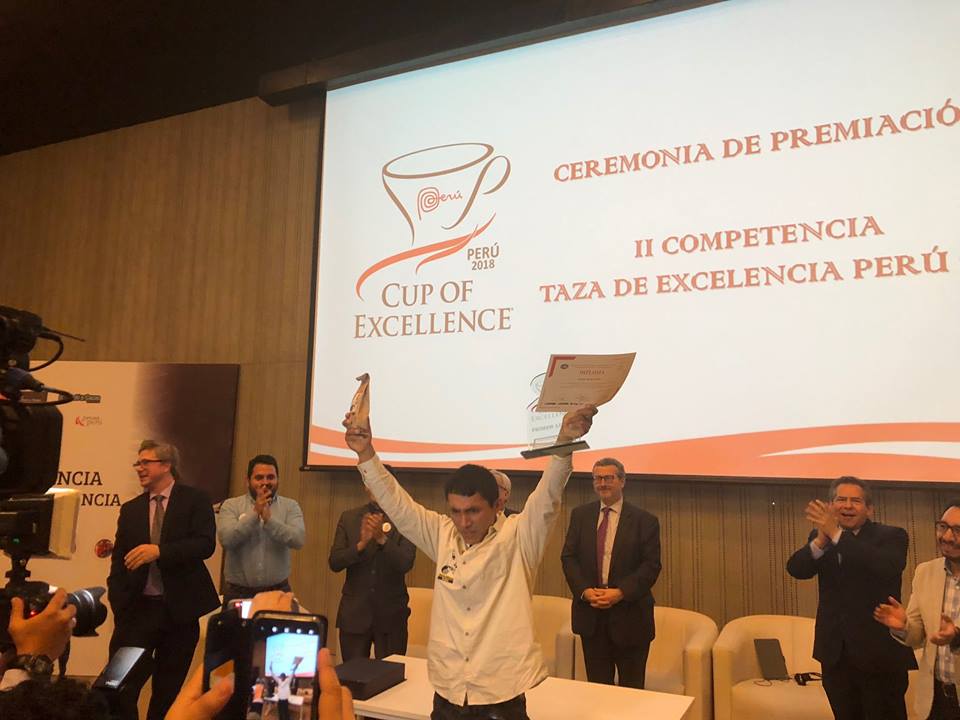