Stathis Koremtas won 3rd place at the Brewers Cup world championship held in Belo Horizonte, Brazil, 7-9 November, as part of the World Coffee Events. Stathis, who for the third time won the Greek Championship, represented Greece and won 3rd place for the second consecutive year.
On Wednesday 7/11 the Compulsary round was held. Taf for another consecutive year, supported the event, which promotes the values of quality in the coffee world. Within product sponsorship, Yiannis Taloumis chose an exceptional microlot, Yellow Catuai 62 with a separate processing, semi-carbonic maceration from our long-time partners and friends at Daterra Coffee. Due to coffee export difficulties in Brazil, we entrusted the roasting curve to the hands of the virtuoso roaster Marcelo Pazzinato! The result was amazing! The same coffee was served at the brew bar, with great resonance for the coffee lovers who tasted it.
On 8/11 the 1st round of the competition was held. Stathis Kortemtas presented his open service and competed in the production of brew coffee using coffee from the Ninety Plus producer. This is an excellent variety, Geisha with natural processing from Panama, belonging to the Maker Series. With great success he managed to pass the second round among five other contestants.
On 9/11, the final round took place, where taf barista Stathis Kortemtas succeeded to take 3rd place among the industry top barista. We are particularly proud and happy that we have had the opportunity to support the World Brewer’s Cup and gain memories and experiences that will accompany us on our journey! Until the next year in Boston USA!
Ranking:
1st – Emi Fukahori – Switzerland
2nd – Regine Wai Yee Beng- Malaysia
3rd – Stathis Koremtas – Greece
4th – Pang-Yu Liu – Taiwan
5th – Kaoru Kamiyama – Japan
6th – Yeo Qing He – Singapore 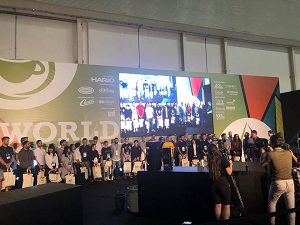 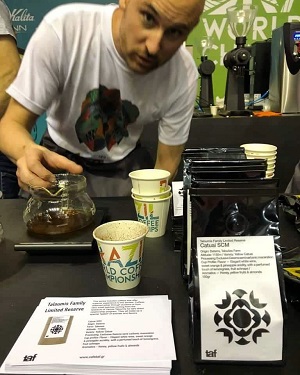 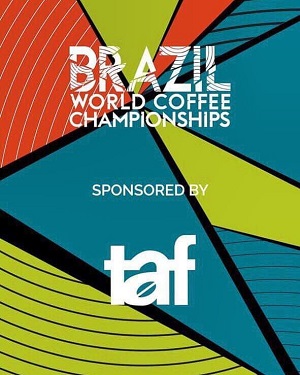 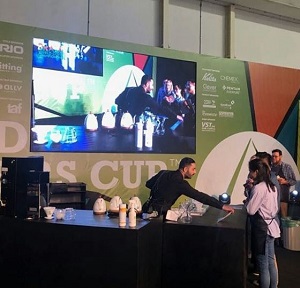 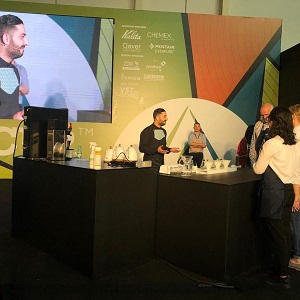 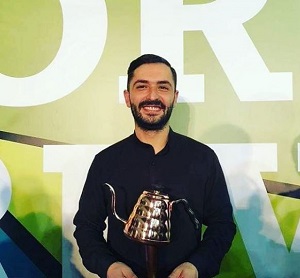 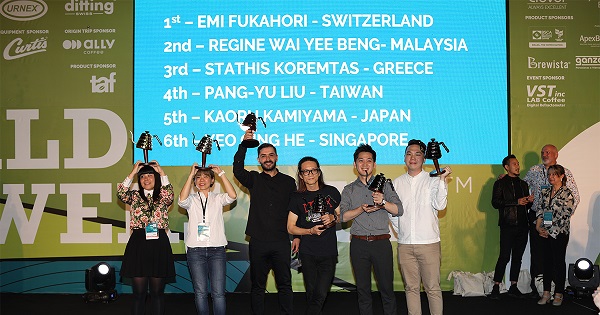 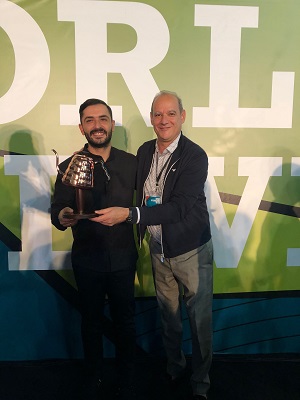 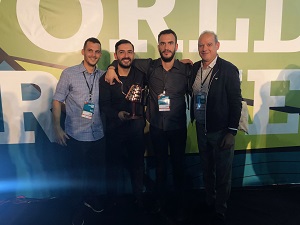 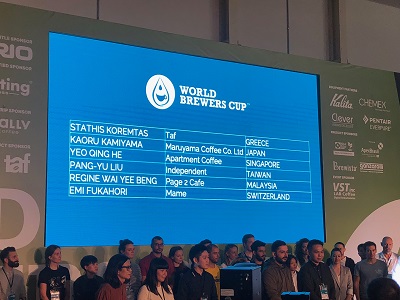 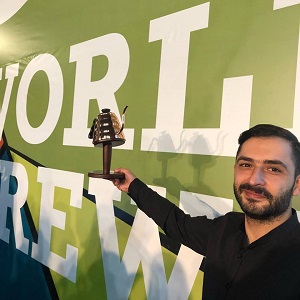