I had the pleasure to visit the farm La Minita in Costa Rica. Our direct relationship started in 2008 and it continues until today with success.
I had a 12 hour flight and i was staying at the farm facilities.
Cary Brown, Doug Lee, Chang Lee, Han, Troy and Scott visited also the farm, and our guide was Drew.

The farm is located in the Los Santos area, near the town Bustamante. It covers 12000 square meters, 2000 of which remain as a forest. In this valley an ideal microclimate is created that adds to coffee characteristic aromas.
Caturra, Red Catuai and Yellow Catuai are the varieties mostly cultivated and coffee trees are about 1.700.000.
During our visit I was impressed by their organization, the employee’s lodging, the clinic, the maintenance station as well as the nursery.
Drew was answering all our questions and he showed us a big part of the farm walking and the rest part with a small van. The harvest was almost at its end then and there were few cherries on the trees.

Obviously, the method used is only handpicking. In the cupping room where Sergio was in charge, i had the chance to cup coffees from the new harvest.
During the harvesting period, more than 600 pickers are employed and all the full-time employees work for the maintenance of the infrastructure and the caring of the coffee trees.
The station is located in the middle of the farm and during the afternoon a big truck transfers all the cherries for processing in the beneficio which is located in a lower altitude, by the river.
The water for the Tarrazu River is used in the energy producing station as well as for the wet processing of the coffee.

The wet processing factory is the most technologically advanced and the most environmentally conscious. The big trucks unload the cherries during the day and after they have been measured in a container called medida, the coffee goes into the receiving tank. which is full of water. From this point processing starts, initially the ripe cherries are selected from the unripe ones and, after removing all the stones using the destoner, the cherries are transferred to the depulpers so as to remove the outer skin.
I noticed that the undepulped fruit are removed when the coffee moves on to the criba, which is a cylinder made of bars separated by a precisely measured distance. The undepulped seeds are being processed separately (2nd & 3rd quality).
The outer skin is collected and used in the farm as a mulch, while the pulped seeds are moved on to the fermentation tanks where they stay for about 20 hours.
This is a very critical stage for the quality of the coffee because the fermentation process will break down the sugars. However, if the coffee remains in the fermentation tank for too long the coffee seeds will have a taste of rotted fruit!
Only the experienced mill manager will decide when to remove the coffee.
During our evening visit I saw that they “broke” the fermentation process by adding water and when I asked why the where doing that they replied that during the day, temperatures where quite high and the wanted to avoid over fermentation.
Then the coffee moves to the washing channel, cool temperatures stop the fermentation process and remove the mucilage. In this stage a final quality separation takes place.

60% of the moisture has to reach a level of 12% and this is done using mechanical driers. Hot air (60° C) are set so as to evenly finish the drying and after the coffee is dropped out of the drier, it rests for about 10 hours.
The parchment coffee is run through a huller which will remove the parchment as well as the silverksin. The coffee then reaches the final stage of separation according the density.

I am very happy that I had the opportunity to see all this processing steps and especially the last one where trained women pick with their hands the beans that will become La Minita.
Only the 20% of the whole production will become La Minita!
That is why this farm is so unique!
La Minita Tarrazu cup profile: great acidity, sweet aroma, clean aftertaste 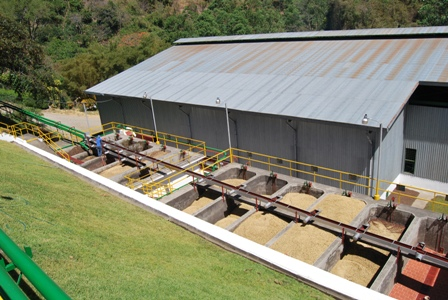 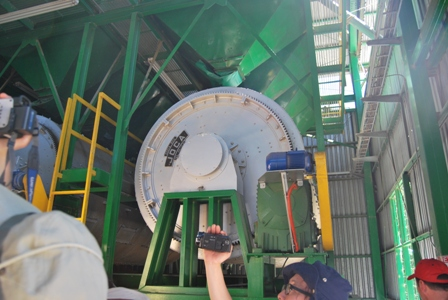 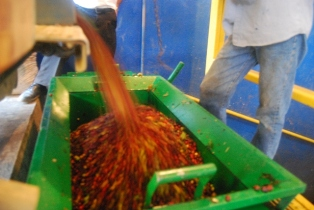 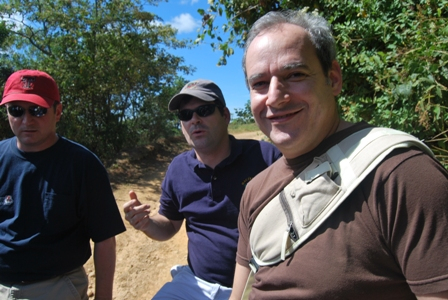