The 29th of May in the afternoon, the taf team arrived in Bogota. The weather hot, humid, tropical. The high altitude quickly affects us and the first dizziness is already a fact. After a long and exhausting trip, the only thing we can think about is a good meal and some relaxing moments.

The next two days we spent our time getting to know a new civilization, starting our visit by a walk around the Plaza de Bolivar, Bogota’s historical centre. In the Northern part of the square we admired the Justice Palace, in the Southern part the Parliament, in the Western part the city hall and in the eastern part the Cathedral. The houses are old but well-maintained and painted in wonderful colours, looking like flowers in front of the deep and wild green of the jungle. The people, despite their poverty, look hospitable and friendly. We were really impressed by the Monseratte mountain. We took the funicular railway to reach the top and we had to cross a path with all the representations of Jesus’ tortures to find the monastery that was built in 1657 to “protect” the city. The place looked amazing and the view was splendid.

But on the fourth day it was time to focus again our attention to our goal. Early in the morning we went to the trade show area where the WBC would take place. We tasted the coffees and we did all the necessary preparations to be sure about the final result. So, the next day Stefanos, with his fantastic performance, managed to be in the semifinalists. Until Saturday, when the semi-finals round would take place, we continued the practice and the preparation. The result was that Stefanos managed to reach the 10th place in the WBC 2011 at Bogota.

From the first moment that we went to the trade show, people embraced him in a very particular way and what was made us really happy was the fact that all visitors were very satisfied, even by taking a picture with him or asking him an autograph.

We were not able to look around the trade show because all the owners of local shops were really “begging” him for an advice, for one cappuccino made by him.

Honestly, if you were there you would feel the same way as the taf team did and that is exactly what makes us feel so proud about Stefanos, our Stefanos, and why he is the winner for us. 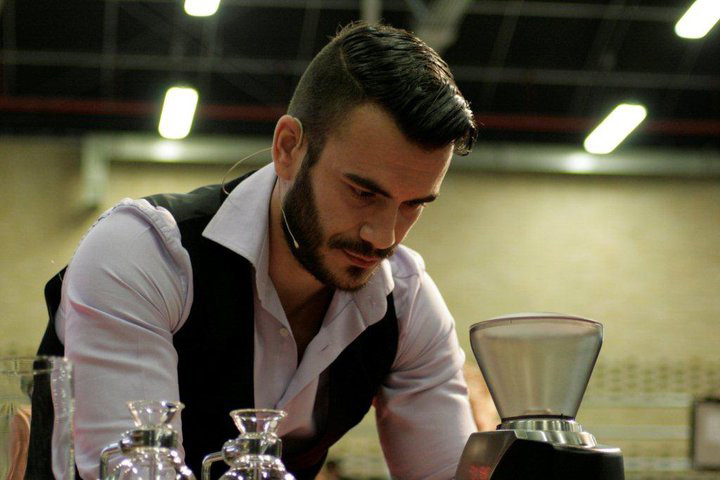