What is the Cup of Excellence?

Cup of Excellence is the most prestigious award given to a fine quality coffee. The level of control and evaluation of coffees during the Cup of Excellence is unmatched. All of the Cup of Excellence winning coffees are cupped at least 5 times (the ‘Top 10’ are cupped again) during the 3-week competition. During this selection process, thousands of cups are evaluated, tasted and scored based on their great characteristics. The high prices of these winnings coffees prove that there is a huge demand for these rare coffees.

The objective of the Cup of Excellence is to highlight great coffees originating from exceptional farms in coffee producing countries.

In every country where the COE takes place, every farm sends for evaluation its best coffee produced during the year.

This year I had the opportunity to attend the Cup of Excellence in Colombia that took place in Neiva in the Huila region. This is south part of Colombia famous for its high production as well as its high quality coffee produced.

The COE took place at Almacafe which runs as logistics for the FNC of the Colombian coffee producers.

Out of the 841 lots that participated, 59 were qualified for the evaluation round of the international jury. From these 59 lots, after 2 rounds of continuous cuppings and a final “top 10” round, 28 lots qualified and will be available at the online auction that will take place on the 21st of October 2014.

The minimum score that a coffee can receive at the Cup of Excellence is 85/100. The second round as well as the “top 10” round presented some really good coffees and the evaluation was particularly difficult because scores were quite similar.

After the “top 10” final evaluation the awarding ceremony took place! Then, we had the opportunity to meet the coffee producers that participated with their coffees. During a conversation with them we had the chance to exchange opinions on coffee quality as well as their practices. We were also asked about what is that we look for in a Colombian coffee.

The  first three winning farms at the Cup of Excellence Colombia South 2014 are the following:

From the “top 10” round I distinguished 3 coffees with unique taste characteristics and I can say that these coffees have exotic taste profiles (mint, eucalyptus, malic acidity, heavy body).

We will wait with anticipation the online auction on the 21st of October in order to bid for one of these so special lots. 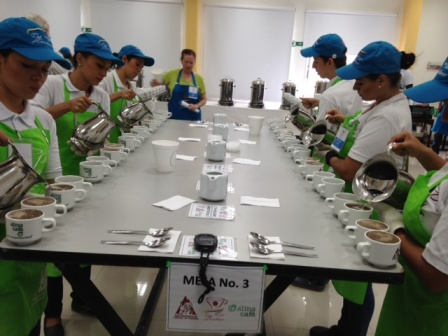 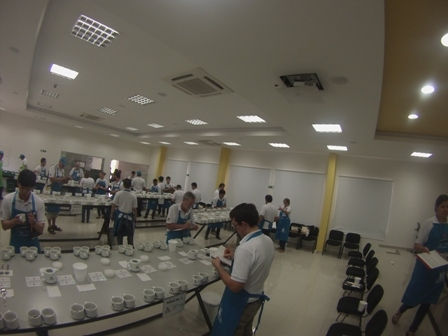 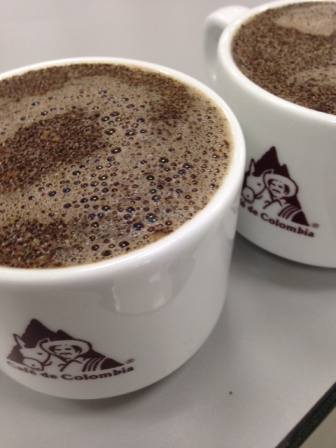 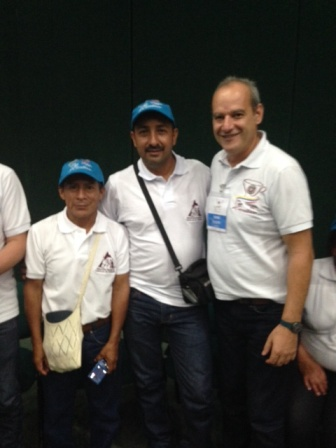 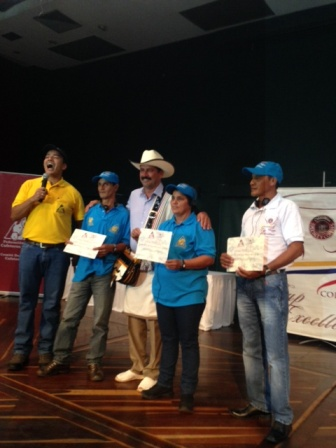 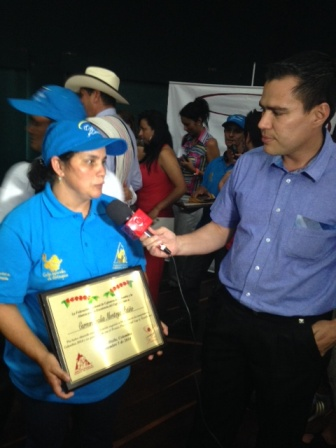 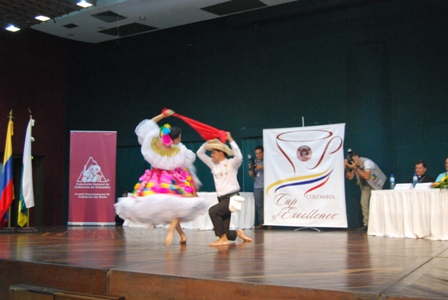 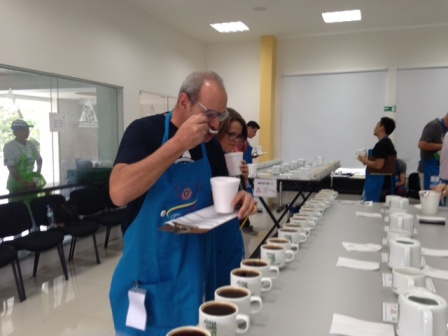